What Impact Do Slow Computers Have on a Business?

In many workplaces, including home-based offices, computers simply become part of the furniture. They’re essential, sure, but they’re also just there to be used. This can lead to problems as computers become less efficient over time and start to slow down.

When this happens, businesses suffer a gradual, but steady, decline in performance, which can impact on them financially, and have serious long-term consequences for their profitability and productivity.

Keeping systems up to date should be a business essential, but not all enterprises are managing this.

Why Computer Downtime is Costly

Computer downtime is costly to UK businesses, to the tune of £3.6 million every year. For SMEs especially, having a reliable IT infrastructure in place can be critical in how competitive they are. The problem is that keeping on top of your hardware, software and systems is pretty much a full-time job in itself. Therefore, for those businesses without a dedicated IT resource, things can start to slip. Computer users bear the immediate brunt of this decline in performance, and it can impact on their own productivity, motivation and morale.

What is the Business Cost of Slow PCs?

It’s fairly straightforward to quantify the cost of slow-running PCs to a business. For example, if someone works 7.5 hours a day and experiences a slow-down for five minutes in each hour, that translates to almost 40 minutes a day. That’s around three hours a week.

Allowing for holidays, this could total around 145 hours a year in lost productivity.

But this is all adds up to lost productivity and a negative impact on employees.

What is the Impact on Employees?

Staff can become accustomed to slow-running computers, but this doesn’t mean that they like putting up with them. Slow computers are frustrating to work with, and frustration fuels discontent and saps motivation.

Employees may start to feel that they haven’t got the right tools for the job, and that this reflects on how much their employer values them.

The growth in remote working and working from home can make these feelings more acute, since technology that is performing poorly is then also leaving employees feeling cut-off.

Computer speed is a critical factor in productivity. Faster speeds and better connectivity help people work more efficiently. And the speed at which the brain processes information can affect people’s productivity generally.

The prevalence of computer technology in people’s working lives has created an expectation of things running efficiently. When they don’t, the impact can be significant over time.

Early research into response times in transactions between humans and computers, by Robert Miller in 1968, indicates that for someone to maintain concentration and productivity, they require a response from a machine within two seconds.

Wait longer than two seconds, and this breaks concentration, impacting on productivity. 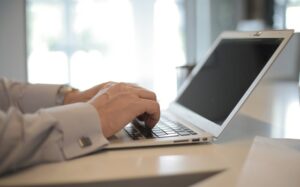 There are multiple reasons why computers run slowly, some more serious than others. But all are an indication that you need closer maintenance and monitoring of your hardware and software.

One reason could be that a PC’s hard drive is failing. Even solid state drives (SSDs) with no moving parts will breakdown eventually. This might be down to their data becoming corrupted, for example.

A less fatal explanation is that the computer is running too many applications at once. Much of this can depend on its random access memory (RAM). RAM enables a computer to switch from one programme to another. If the number of programmes running outstrips RAM capabilities, then there will be a slowdown.

Some programmes use more processing power than others. And this can apply to applications that have encountered an error or are stuck in a loop.

Your antivirus software may be over-zealous, and if it’s running regular background scans, then this can take up plenty of processing power, causing the computer to run slowly.

On the other hand, you might have a virus. Different types of computer viruses, malware and spyware can affect computers in a variety of ways.

The key to ensuring faster computer speeds is having reliable IT support. If you’ve got peace of mind from smooth-running IT, you know your employees have hardware and software they can rely on.

This includes pro-active remote monitoring of your computers to ensure they’re running capably and meeting the expectations of the employees use them, and installing managed antivirus software.

For more information about our IT support packages, please contact us. You can call us on 01282 506 616, email us at info@bandicoot.co.uk or complete our contact form and we’ll be in touch as soon as possible.